"Everybody Loves a Parade..." 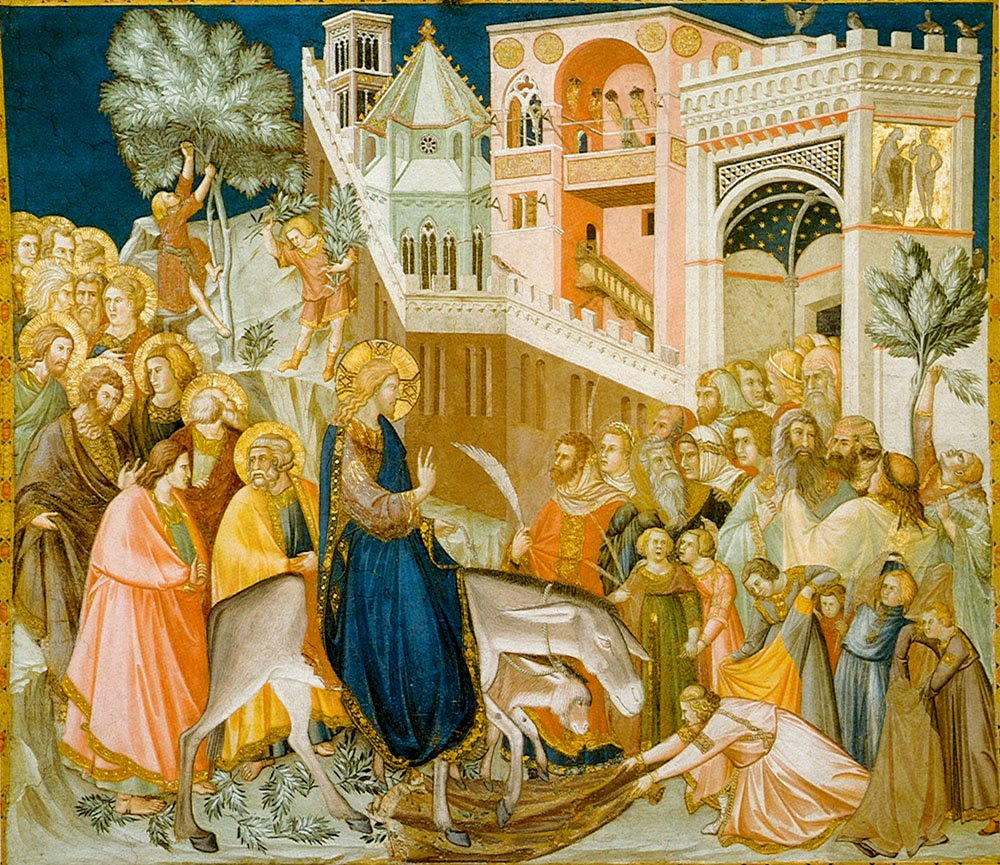 There is a sense of anticipation in the crowds lining the streets of the great city. Word has spread among the crowd that the one they have come to see is nearly there. To some he is a figure of myth; but for others there is no one more real. In the distance they can hear music now - there is singing. The parade eventually comes into sight, a crowd in the street as well as the one along the way. They are visibly joyous; some are carrying strange objects, signs of the festival. And at the end there rides the one whose coming will change the times.

You know of course of what I am speaking...

Every, they say, loves a parade. Processions are indeed a very widespread phenomenon; there is hardly a culture or a city that does not witness some sort of parade that expresses its people’s beliefs and express their aspirations.

But as the earlier example I gave shows, in its contrast with today’s feast, there are many reasons people may take to the streets.

And there are I think quite different kinds of processions in form as well, even across cultures and causes. Consider the procession we have taken part in already today. It went from here to… Hmm. You are sitting exactly where you were to start with. We went precisely nowhere. Yet this was not pointless. In walking together, singing and praying, we embodied our faith and hope, and made a living statement of who we are. We become a people, a community, in the act of procession.

But there are other kinds of processions. Two weeks ago if you were in this place you might have been able to hear the end of New Haven’s St Patrick’s Day parade. That parade went from A to B, through the city and out again, starting from a place out further on Chapel St than I have ever been, out to a place on Grove where nobody seems to have been. There is, again, a risk of this seeming pointless, but the truth is different. When such parades began, the Irish were a marginalized group in many parts of this country, and to march through the streets was to assert the pride of a community, to claim its place in the sun and in the streets. Perhaps when I put it that way you think also of the marches that took place fifty years ago, from Birmingham to Selma, where a group asserted the right of people of color to vote by embodying their right to walk from A to B, even when many or most of them neither came from A nor remained at B.

There is still one more kind of procession. In the third case, the procession enters a new place and stays there; something changes because of the arrival that takes place. This is the character both of the first example I gave, and of the ancient procession we are commemorating today. Jesus comes to Jerusalem, and nothing will be the same again.

And yet, if we think a little further, his procession may actually be of a different kind. For there is another procession hidden under the historic one into Jerusalem, of which Paul speaks in our Epistle reading:

Christ Jesus...was in the form of God
[yet] did not regard equality with God
as something to be exploited,
but emptied himself,
taking the form of a slave,
being born in human likeness.
And being found in human form,
he humbled himself
and became obedient to the point of death—
even death on a cross (Phil 2:5-8)

This is the real journey, the one into human life, into our vulnerability and morality; this is the journey that we will commemorate as the week goes forward. Yet that is not the end of the journey:

Therefore God also highly exalted him
and gave him the name
that is above every name,
so that at the name of Jesus
every knee should bend,
in heaven and on earth and under the earth,
and every tongue should confess
that Jesus Christ is Lord,
to the glory of God the Father (9-11).

So in fact this journey, too, ends up precisely where it began; Jesus has gone nowhere, yet has done everything. For we have joined this parade with him, and as Paul says elsewhere, he leads us in his triumphal procession (2 Cor 2:14).

Jesus’ procession is thus all processions drawn together. He comes into his city and changes everything; walking through its streets, he claims them for his kingdom where all are welcome and none are marginalized; and in the end he has come to the place he began.

Will you join his procession?