The Tanks and the Cinquecento: The Anglican Ordinariates, Three Years On 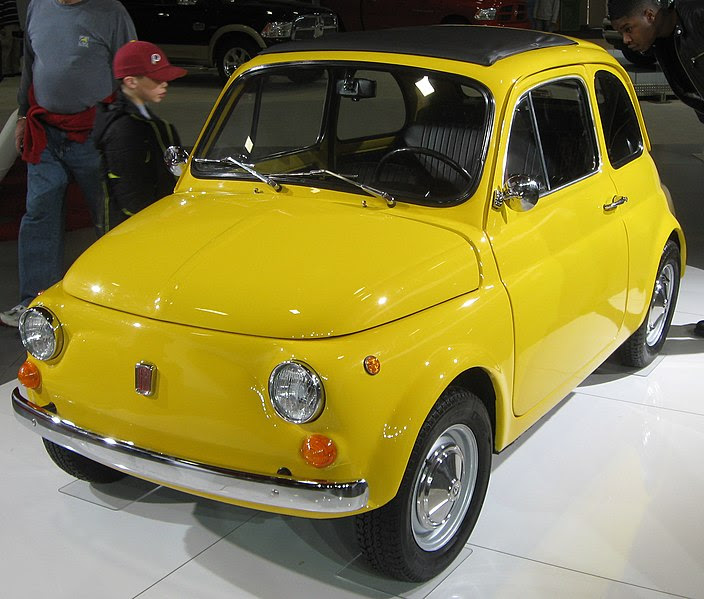 When the idea of an Anglican Ordinariate was announced in September 2009 in the apostolic constitution Anglicanorum Coetibus, the Times of London ran the headline "Vatican Parks Tanks on Rowan's Lawn". It seemed an apt image at the time, for all sorts of reasons: one was the spectacularly undiplomatic character of the act, which was opposed by some in the Vatican and by very senior English Roman Catholics; another was the personal affront to Archbishop of Canterbury Rowan Williams, whose progressive leanings have never hidden a genuine admiration for the wider western catholic tradition of which his own Anglicanism is a part.

But the other implication of the image was one of a serious and lasting shift in power, a re-drawing of boundaries or movement of populations. Three years later it is more as though the Pope had, uninvited, sent over a Fiat cinquecento or two to pick up some stranded friends and their bags. As they leave the Lambeth Palace gates there is probably relief on both sides.

The agenda was ostensibly Christian unity; Anglicanorum Coetibus cited the Second Vatican Council's decree on ecumenism to the effect that "such division openly contradicts the will of Christ, scandalizes the world, and damages that most holy cause, the preaching the Gospel to every creature". The tanks were there to unify the Church.

The Personal Ordinariates established this year in the UK, the USA, Canada and Australia have in fact been important mostly to individuals - a few thousand in total world-wide, a mixture of high-Church conservatives who found themselves ill-at-ease in Anglican Churches that now ordained women, and others of similar mind who had already left Anglicanism to form splinter groups driven by the same issue. A structure that provides them with a happier ecclesial home can be welcomed, even by those who differ from them.

However the stated aim of the Ordinariates, to accommodate whole groups of Anglicans who might come together as existing communities or structures with Anglican patrimony in tow, and thus to promote unity, is a failure. In just a few cases---ostensibly including one in Melbourne--congregations have moved en bloc; generally the new parishes of the Ordinariates will be precisely that, new bodies made up of disaffected individual Anglicans from various communities, gathered afresh around re-ordained clergy. The Anglican parishes from which they came and even the "Traditional Anglican Communion" itself remain, the structures of disunity as evident as ever, with a few extra cuts and bruises to boot.

As for Anglican patrimony, embodied in the 1662 Book of Common Prayer, it remains to be seen how much this really becomes part of the life of the Ordinariates. Anglicans of high-Church leanings had often abandoned that eucharistic liturgy for theological reasons, even before Anglicanism's own version of Vatican II's aggiornamento, and were often using more or less the whole Roman Rite. When Anglicanorum Coetibus was issued, one bishop in the Church of England quipped that the likely departers would have to go out and buy copies of the BCP so as to have a patrimony to take with them.

So statistically at least, the impact of the departures on Anglicanism itself is minimal; Anglicans have more serious things to worry about than the outbound trickle of remaining opponents of women's ordination. By implication, Roman Catholics might have even less reason to notice the new arrivals, given the scale involved.

Yet the appearance of a decent handful of new clergy not imported from far afield may be more significant. So far at least, the Ordinariates are more about these than about parishes or groups of lay people. The departing clergy now have some prospect of pursuing their vocations with more support and encouragement than they will recently have felt in an Anglicanism where they were a shrinking minority. There have been costs to them - one will be somehow reconciling the immediate past of their sacramental ministries in Anglican orders, pursued even while publicly preparing to join and accept re-ordination in a body which still does not recognise that they had ever had any orders or sacraments at all. This is not quite Newman's profound journey of conscience.

There must also be some curiosity about future clergy; the fact that the Ordinariates can accept married men as candidates for ordination, for instance, could be of wider significance for a Roman Catholicism struggling to identify local vocations in English-speaking countries.

The unpromising future of ecumenism itself has been underscored by this story, not mitigated by it. Agencies such as the Pontifical Council for Promoting Christian Unity do continue to work with Anglican bodies on bilateral dialogues, and many Anglican and Roman Catholic individuals and communities find their ways to bear common witness. Yet the fact of the Ordinariates suggest that the real position of the Vatican on Christian unity is about absorption rather than convergence; the tanks, not the talks.
Email Post
Labels: Anglican Ordinariate Anglicanorum Coetibus Book of Common Prayer Papacy Pontifical Council for the Promotion of Christian Unity Vatican II