Rendering to Caesar: Citizenship after Christendom 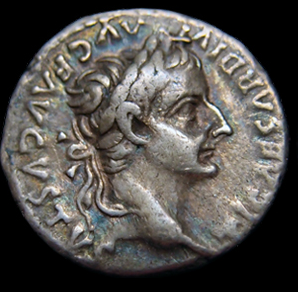 On the Temple Mount overlooking the beloved city Jerusalem, Jesus is engaged in a conversation with an electric atmosphere. According to Matthew’s account it was just the previous day that Jesus had, in the same place, overturned the tables of money changers and merchants; here now, returning to the scene of the outburst, coinage is again at the center of his attention. The results of these conversations with opponents will be fateful, and Jesus' encounter with local and colonial powers is about to erupt even more definitively.

Our translation does not quite capture the essence of the Pharisees’ disingenuous question - not “is it lawful to pay taxes to Caesar or not” but “it is lawful to pay the poll tax [the Greek word is our “census”] - to Caesar or not”. Judea was a Roman province by this point, ruled over by that Roman procurator whose name we recite in the Creed week by week, Pontius Pilate, on behalf of the Emperor. Judeans - but not Galileans like Jesus - had to pay an annual poll tax, the "census," whose rate and symbol were one and the same silver coin, the denarius. [If you’ve been here the last few Sundays you’ve heard of the denarius without knowing it, in the parable of the laborers in the vineyard, but the translators give it the banal rendering “usual daily wage” and lose the connections with this story, among others.] This question is not about the lawfulness of taxes in general, or the role of the state.

The denarius was a coin which, like those we are familiar with still, had a head on one side and varying subjects of imperial commemoration or promotion on the other. But the point here is that first side. “Whose head is this, and whose title?” Jesus asks. The head was the head of Tiberius Caesar. The caption or title was his also, but it was not innocuous: “Tiberius Caesar [Augustus],” it read "son of the god Augustus.”

This isn’t just about God and Caesar - it’s about which god is God. It was such coins and their blasphemous implications that required the presence of the money-changers whom Jesus had thrown out of the Temple the previous day; for while Jews couldn’t avoid the Roman coinage in the wider world, the business of the Temple did not allow it, and Roman coins had to be changed into more innocuous currency before offerings could be made to the Temple. You might think this was a worthy religious cause, but the other story suggests not.

Jesus famously says "Give therefore to Caesar the things that are Caesar’s, and to God the things that are God’s." For much of Christian history it was assumed that Jesus was referring to some kind of division of power or labor between divine and human authorities. This suited the situation of Christendom, where in fact rulers in both Church and State were assumed to be divinely appointed but with different realms and responsibilities.

But this doesn’t quite work; for Jesus’ question about the image and title hints unmistakably at the clash of gods, the one whose presence dwelt there in that city and that mountain, in succession to the promise we heard made to Moses in the first reading, and the Emperor who claimed not only the right to rule and tax distant colonial subjects but who traced his lineage to a divinized predecessor. Jesus is speaking to the presumption of Caesar, and not only to the claims of God. His answer has an edge to it (when did any answer from Jesus ever not involve another question, by the way); what they had asked was the lawfulness of “paying” the tax, but what he actually says “give back [the old "render" was good] to Caesar what is Caesar’s.” Caesar is not so much given a place here as put in his place; and in that holy precinct, he had none. This story has the same message as that of the overthrow of the money-changers, and they interpret each other.

Our contemporary insistence on the division of Church and State, while it may have an inherent practical wisdom, cannot be built on this passage; it is actually a sort of outgrowth of that idea of two realms, one sacred and one secular. In a liberal democratic society, such separation serves to preserve the autonomy of religious organizations and of personal faith; but it can also serve to protect government from the scrutiny of the Gospel.

We live in interesting times. For many, the experience of watching US politics has become discomfiting or worse in the last year or so. We may find ourselves, regardless of political leanings, struggling regarding participation in public rituals of national loyalty. And the truth is, we always should have done so.

There is nothing to celebrate about any of these things, except the clarity that comes with seeing and telling the truth. The disarray at the top at least means the mask has slipped and we can see more clearly what we are dealing with. Even while we flew flags in Churches, and expected prayer in schools, and otherwise seemed to enjoy the benefits of a superficial Christian hegemony, Caesar was being paid in full but God was left short-changed. And believe me, saying Merry Christmas rather than Happy Holidays will not represent a revival of Judeo-Christian values.

God’s realm is obviously the whole of life, not a vestigial realm called spirituality or religion which Caesar or his ally Mammon leave as consolation. It is not possible to orient our lives to a creating and saving God by dedicating hours of the week or slices of our identity to faith. God is not about “religion” - God is about nature and politics and food and love. Caesar has no realm, only God does.

While we have responsibilities as members of the human community to seek the welfare of the cities we live in, we are ultimately strangers in them, and our true citizenship lies elsewhere. This does not mean stepping back from the responsibilities entailed in being part of the community of Chicago or of the United States or wherever we sojourn; it means seeking the holy city, the new Jerusalem, which we glimpse in every moment when the compassion, justice, and love which come from the one true God triumph.