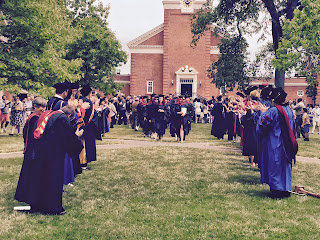 In June of the year 1770, the English explorer James Cook and the crew of his ship Endeavour arrived off the north-east coast of what was then known to Europeans as New Holland, or Terra Australis Incognita – the unknown southern land. Needing to forage for food and water, Cook and his men ignored the explicit instructions they had from the British authorities to seek permission of the inhabitants before landing, and went ashore not very far from what is now the tourist mecca of Cairns, on the Great Barrier Reef.

There is an apocryphal story (often the best kind, of course) regarding what happened when crew of the Endeavour did encounter some of the Australian indigenous people who lived in that area. The sailors supposedly tried to ask them the name of the curious upright jumping beasts who provided some distraction, as well as some nutrition, for the Englishmen. “Kangaroo,” they were told, “Kangaroo.” Later, after the British returned and occupied the continent, further enquiries were made in the area, but linguists never found evidence that this familiar word was ever used by the aboriginal people of that place to refer to those marsupials. The closest things to “kangaroo” in the local dialects were the phrases “I don’t understand you" and “Go away.”

Subsequent history bears out rather clearly that these were not the most promising exchanges with which to begin a relationship between peoples, even if this etymology was not authentic. And yet these definitions from a people of, as the Book of Ezekiel puts it, “obscure speech and difficult language” can function as a sort of backhanded blessing to those of you who are leaving this place. Go away. And be prepared to say “I don’t understand."

Since you do have to go away, there is perhaps a temptation for speakers at events like this to see if they can offer last minute advice that will compensate for the inevitable gaps even in a demanding curriculum such as you have undergone. The things you do not understand will sometimes plague or embarrass you as you go, but there is also a gift in them, or in the recognition of them at least. We are not sending you out as repositories of theological knowledge whose effective banking of wisdom over two or three years can allow others to make withdrawals thanks to you, nor as theological colonialists whose knowledge acts as an excuse for your failure to listen to the “obscure speech and difficult language” of others.

Rather we are sending you out as explorers - people whose limits, whose “I don’t understand” has been shaped in particular ways but which exists. It would actually be a very good test, both of the Yale curriculum and of your use of it, if there were areas where you realize that now you have to go away, that you actually understand less than you did (or thought you did) when you started, and hence that you need to consider new learnings and new journeys to undertake in order to learn afresh.

This choice between colonialism and exploration – overpowering the other and learning from it - flows through our daily office readings. The task given Ezekiel (in a sort of divine Commencement speech?) before he is sent away involves both a commission to proclaim the word of God but also some awkward qualification about how hard understanding is likely to be, both for him and for those to whom he must proclaim God's word. He will preach to literal hard-heads, and so is divinely equipped to match them, thick skull for thick skull. Ezekiel takes his Master of Prophecy degree and the spirit drops him off among the exiles, where he sits stunned for seven days. God had already told him that compared to this, speaking to people of "obscure speech and difficult language" would have been easy. This is the hard work of solidarity; of being not merely the prophet dropped in and then airlifted out, but the fellow hard-head who must sweat it out in exile with the rest.

The disciples of the Gospel reading are also would-be colonialists, who have to be taught about exploration and about difference. Just follow the plot thread: they are unable to cast out a demon; they cannot understand the prediction of the passion; and then on the strength of these triumphs, they argue about who is the greatest. Then when they find someone else who is actually managing to do the deed of exorcism even without having attended their colloquium, they are appalled. Jesus’ words are telling: "Do not stop him; for whoever is not against you is for you.”

This is of course a different way of understanding difference itself; does difference demand the conformity of the other to our own theology, or does it invite mutual acceptance, partnership, and unanticipated wisdom?

This choice between colonialism and exploration is one that affects us as we face the seemingly intractable challenges of diversity in national and international power relations, and in daily living in community too. We can all use diversity as window-dressing; but the willingness to question our own forms of privilege and really, and to be changed by the difficult truths we hear in the obscure words of others that we could not otherwise understand, is the test of whether we will progress.

Like the disciples, we need to know what we don’t know, and to be ready to accept what they may learn from others who didn’t study as many obscure languages and texts. Like Ezekiel we need to go where the Spirit takes us, and speak difficult truths not out of our own privilege to make the other like us, but out of true solidarity.

You don’t know everything you need to. Yet there is such a thing as holy ignorance. Ignorance is not, of course, holy in itself, for wisdom is an attribute of God. The one who makes their own ignorance into false wisdom is the colonialist; what makes ignorance truly if provisionally holy is knowing, as the explorer does, that wisdom is God’s and not ours, and hence that we may find her in what initially seem unlikely places.